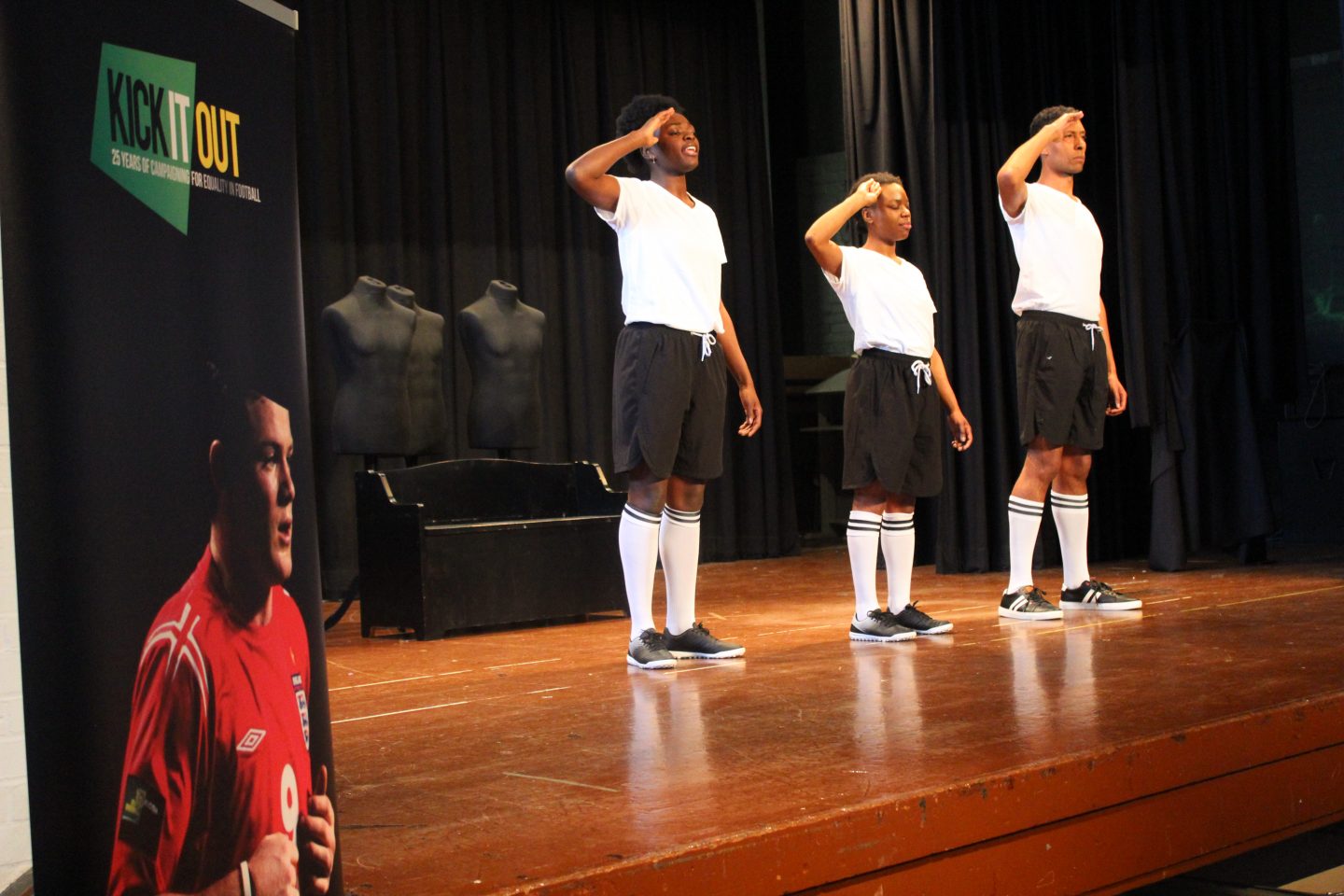 Based upon on our ex-student and England’s first black football player Laurie Cunningham, Kick It Out came to Highgate Wood School and took to stage a spectacular play of ‘Getting The Third Degree’.

Beginning the event Kick It Out’s education officer, Osei Sankofa taught the students about the challenges Laurie Cunningham faced regarding the racial prejudice he received. Speeches were given by playwright Dougie Blaxland and director of the play. Not only did they also educate the students on Laurie Cunningham, they unraveled their story of the making of ‘Getting The Third Degree’. 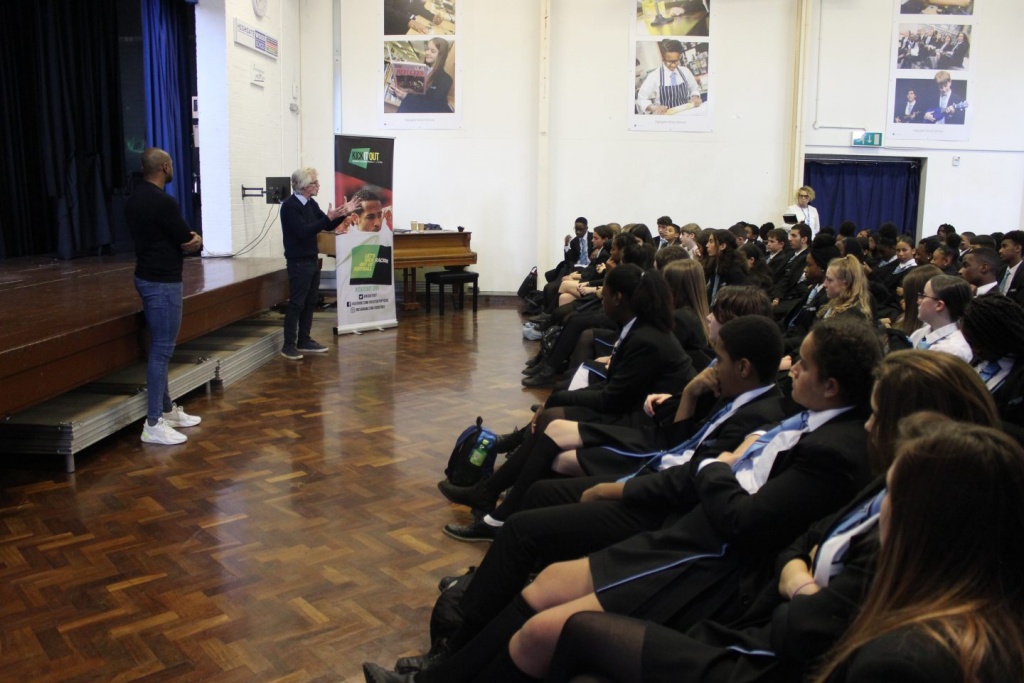 Kick It Out is an organisation which supports equality and inclusion for everybody who watches, plays and works in football nationally whilst challenging any discrimination that takes place. You can report an incident of discrimination in regards to football to Kick It Out whether it happened online or at a grassroots, non-league or professional game by filling out their online form or by downloading their app on Apple or Android. 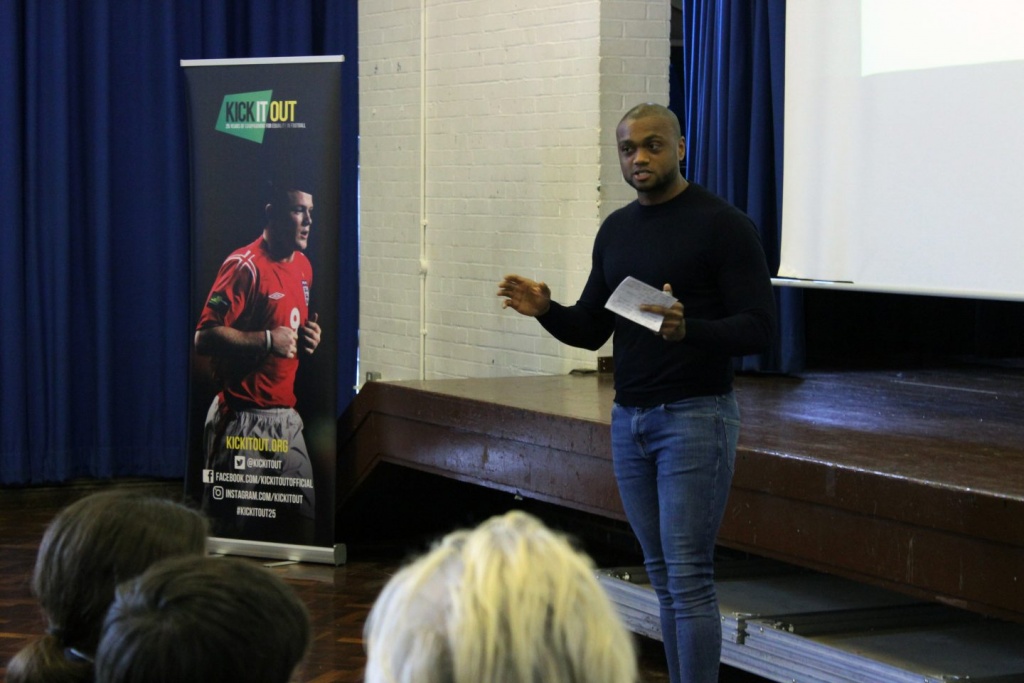 Laurie Cunningham was an extremely talented forward player who enjoyed his success with West Bromwich Albion and Real Madrid. In 1979 he became the first black footballer to represent England. An example of the racial abuse Cunningham received was a petrol bomb being inserted through his letter box at his home in Birmingham. 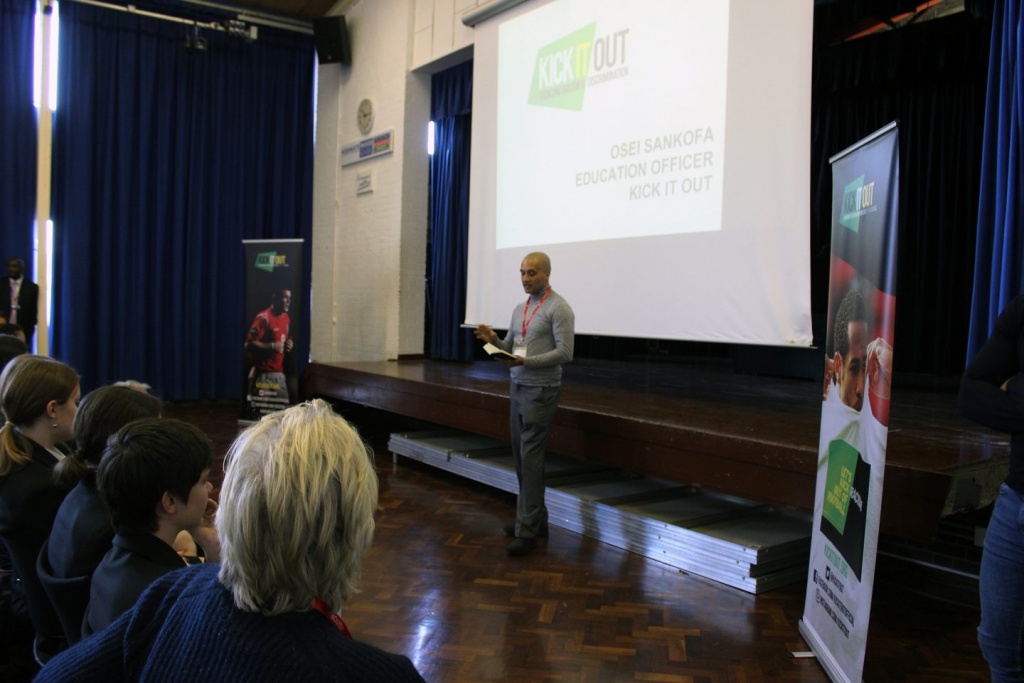 ‘Getting The Third Degree’ tells a deeply moving story of the life of Laurie Cunningham who became a recognisable and important player with West Bromwich Albion in the late 1970s and the first black footballer to represent England in a competitive international match.

The first of the black footballing trio famously dubbed The Three Degrees, Laurie Cunningham, with his swaggering style and dazzling skills, forced favourable comparisons with Pele, and he was widely respected as pioneering Black footballer in times of deep-rooted and widespread racism in England – both on and off the pitch. Laurie was well-known to be a memerising dancer, regularly scooping prize money in the funk and soul halls of late-70s Birmingham.

Despite being interrupted by our 8-legged friend half way through a presentation, the event was thoroughly enjoyed by the students who attended. We are so thankful to Kick It Out and Haringey Council for making this event happen as well as our amazing staff who helped out on the day. It was a very worthwhile and powerful event and was nice that we were able to involve some of our local schools.