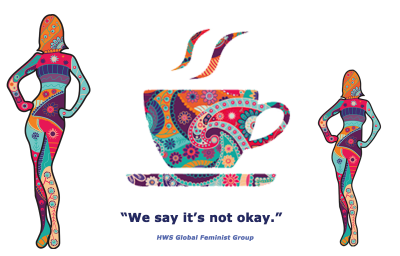 Gender-based violence. Our students say, “it’s not okay” and proved it!

Chai Day is a movement created by The Circle and an approach to start a conversation of issues around gender-based violence. Building upon this initiative, our Global Feminist Group helped us support and prepare for our Chai event that took place on Monday 25th November. The group feels it’s crucial gender-based violence and other issues around gender equality are addressed. Every week the group meets to talk about ways they can tackle this problem. See Our Community page for more information on the work our Global Feminist Group has done so far to help with issues around gender equality. We are incredibly proud of the dedication and passion displayed by our students. We are more than happy to support them to express their beliefs in a way that won’t affect their safety.

Listen to our podcast produced by our Global Feminist Group

In addition to the majority of the Global Feminist Group taking part in a practice Model UN conference, they also designed posters, participated in a sponsored silence, and produced their first podcast. Concerning their argument of “we say it’s not okay,” the girls discussed issues around gender-based violence and other related topics in their podcast. You can also find the podcast on social media:

Invited to our event were students, parents, staff, governors, and local residents. The evening received a good turnout and achieved goals we were aiming for – people coming together and discussing issues around gender-based violence, and with the focus to raise awareness and money. To stop this from happening as well as providing support to victims. 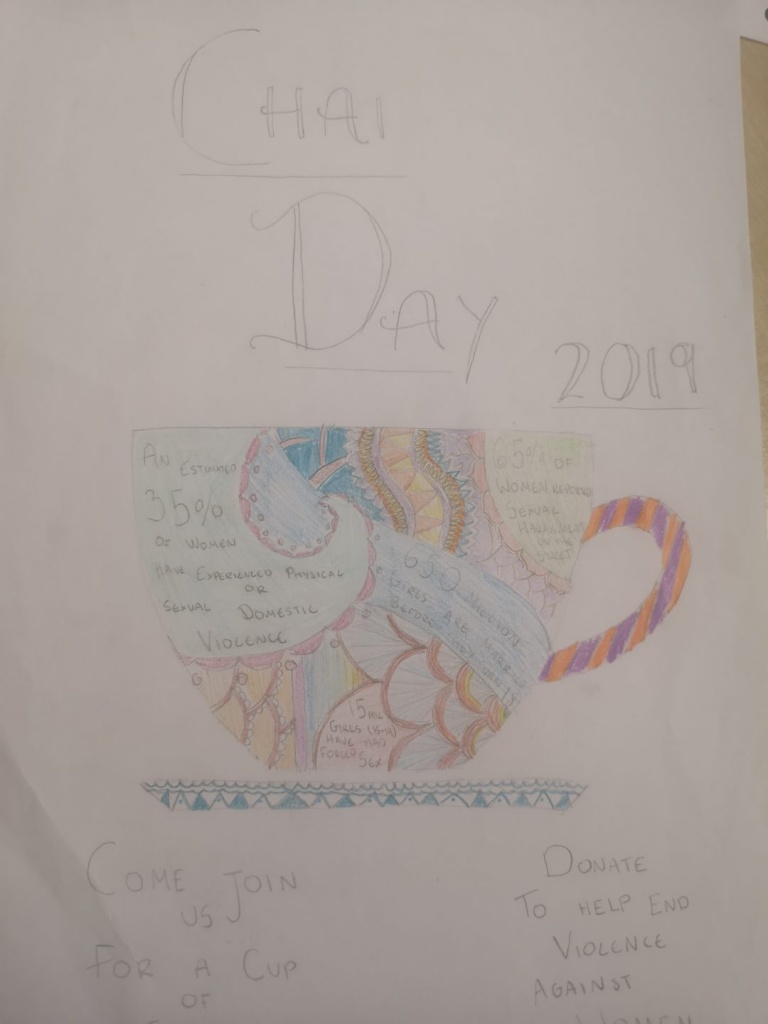 Some shocking facts about gender-based violence

Gender-based violence is a big problem worldwide. Holding a Chai Day helps share information on horrifying statistics such as:

International Day for the Elimination of Violence Against Women

The Circle purposely landed Chai Day on the same day as International Day for the Elimination of Violence Against Women to elaborate on the importance of problems around global gender-based violence. The United Nations General Assembly set up this day as a way of tackling the global problem. UN Secretary-General António Guterres says, “violence against women and girls (VAWG) is one of the most widespread, persistent and devastating human rights violations in our world today remains largely unreported due to the impunity, silence, stigma, and shame surrounding it.”

What did we do for Chai Day?

In Summery, a Model UN practice conference was held during the day for our students and continued during the Chai event for visitors to watch. The school aimed to give Model UN students a taste of what a conference is like and at the same time, educate them on the subject of gender-based violence and the dynamics of the problem worldwide. In February 2020, our students are going to attend a Climate Emergency Conference. The practice session benefited the students massively – they feel much more confident and have developed a broader understanding of the structure of a Model UN conference. Students were quick to understand the country they were representing by thoroughly researching their country, which resulted in a compelling debate from all parties.

The feedback from parents, local residents, and governors were that they were all knocked out by the eloquence, passion, and conduct of our students.

The students were absolutely amazing. I am more than impressed. They had so many things to say and really got their argument across.

We were delighted to see Sioned Jones, Executive Director of the Circle and our ex-student Alice Skinner, an Activist Illustrator at the event

During the event, both speakers informed guests of the work they carry out to support gender-based violence, followed by speaking to our guests and answering any questions. We are massively grateful to Sioned and Alice for engaging with our guests and informing them of how big the problem is worldwide. Leading on from sharing statistics on gender-based violence, Sioned advised people how they can help, by simply sharing the word. Raising awareness is the main aim The Circle wants to achieve from Chai Day to help put a stop to the global problem.

I really enjoyed the event, and I love the global feminist group. We will have to invite them very soon to one of our events at the Circle. 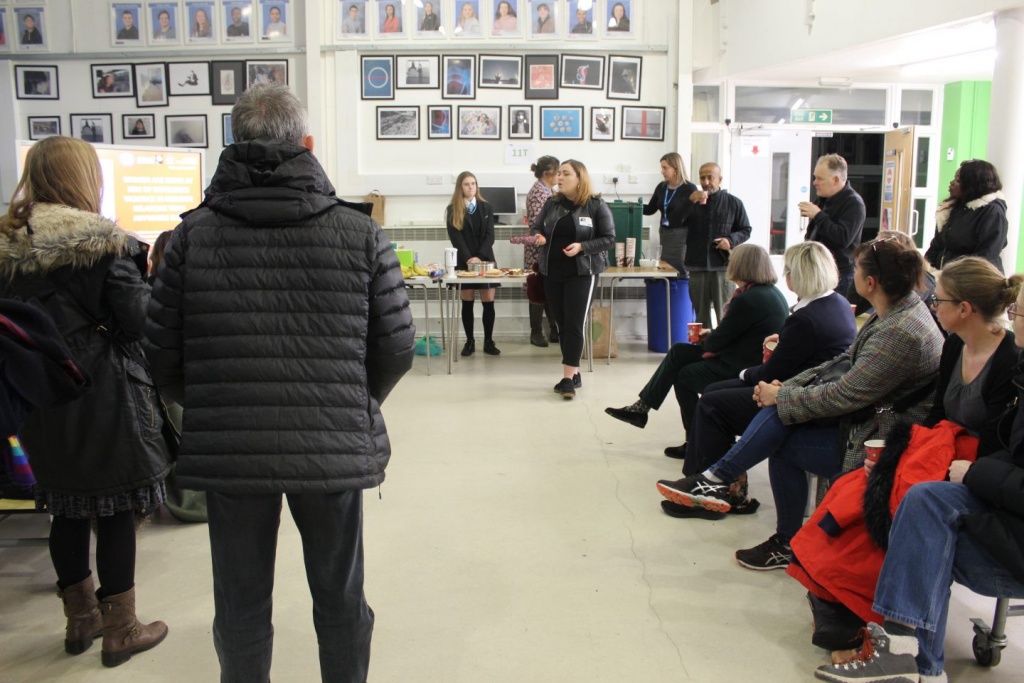 The students were terrific!

We are incredibly proud of our students for helping us support The Circle with their movement. They didn’t have much time to prepare for the practice Model UN Conference, yet they did remarkably well! They were quick to learn key factors of the country they were representing and put their argument across amazingly. Our Chai event has helped our students become more aware of the problems that women around the world are facing or have been victims of. It has also furthered their abilities to research, debate, challenge themselves, understand different points of view, listen to others, and develop their willingness to be good citizens on this earth. See our Model UN website for more insights into what our students are currently working towards, such as the Emergency Climate Change Conference.

It’s fantastic to see young people having a significant interest in supporting causes such as gender equality. The Global Feminist Group has worked hard to help prepare for Chai Day and organise their first podcast. The group took part in a sponsored silence and are planning a bake sale next week. They are enthusiastic about recruiting more members so they can become a more authoritative source. In the new term, they plan to continue promoting global gender equality issues as well as raising more funds for organisations such as Plan International and The Circle.