Through the curriculum that they follow, and the development of partnerships with schools across the world, we recognise our students’ enhanced enthusiasm for learning and their openness to new ideas. Our students have a greater awareness of themselves, as well as a greater respect and appreciation of others. This is clearly demonstrated by the ways in which they apply critical thinking to local and global issues. Working on projects with peers from many different countries has enabled our students to become even more confident and articulate. We are involved in a number of prestigious projects with many international partners. We are currently working with schools in several European countries as well as schools in the Africa and the United States. Our excellent record of effective and sustainable international work has been recognised by the British Council.

Strong global links with far away communities offer students valuable opportunities to share experiences and learn from others.

Highgate Wood School hosted a student conference and workshop for local schools and residents in Haringey for the commemoration of the Rwandan genocide that happened in 1994. We invited four speakers from the Ishami Foundation to the event: Eric Murangwa Eugene, Alphonsine Kabagabo, Louise Goux-Wirth and local MP Catherine West. The genocide survivors spoke to those attending about their experiences, how it happened and what it is like in Rwanda now. During the workshop students from different schools made a page for the book of commemoration – one winner from each school was picked and rewarded with two Arsenal stadium tour tickets.

Selected students attended an event at City Hall the following week to participate in another workshop where they got to meet other students and staff to talk and learn more about the genocide that happened in Rwanda 25 years ago. Finishing off the evening, speakers including Mayor of London Sadiq Khan, Linda Melvern and Yamina Karitanyi gave a speech to commemorate the Rwandan genocide. 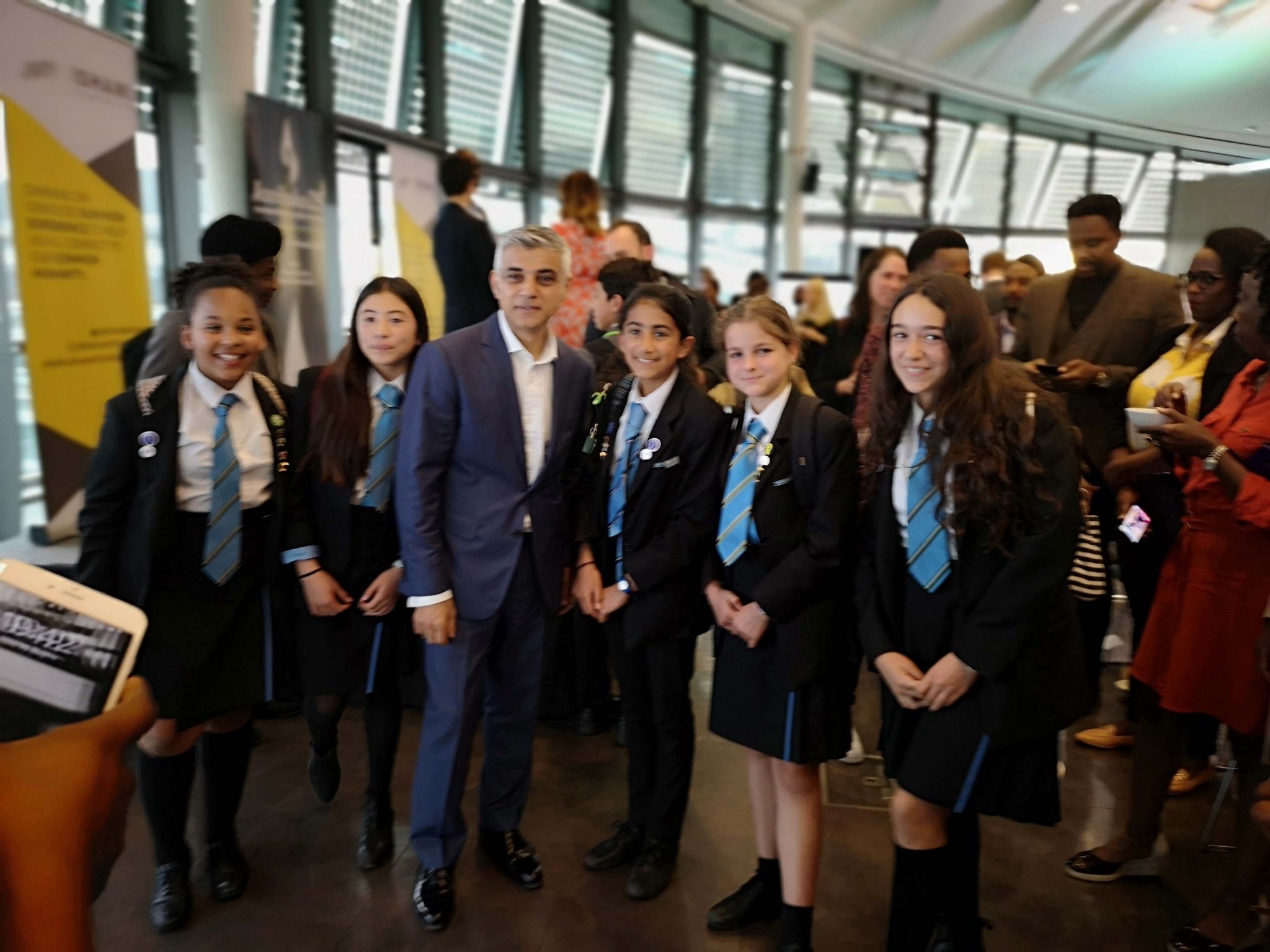 An important element of our commitment to Global Citizenship is the Model United Nations programme. At Model UN, students take on the role of ambassadors for a particular country and then debate in one or two day conferences around an agreed topic. Their goal is to resolve global problems using the structures and formal debating procedures of the UN.

Highgate Wood School has built up an enviable reputation within Model UN since we were first involved with the project in 2005 and our students regularly winning the ‘Best Delegation’ and other awards whenever we participate.

We have competed internationally, and have helped develop a sister programme in Poland through a Comenius Regio grant as well as staging our own regular North London Model UN Conferences that involved several other schools and numerous students, both from Highgate Wood School and visiting groups.

For students in Years 7 and 8 we have a well established Debate Mate club, often supported by our Model UN veterans. Here students develop their skills in argument, persuasion and debate.